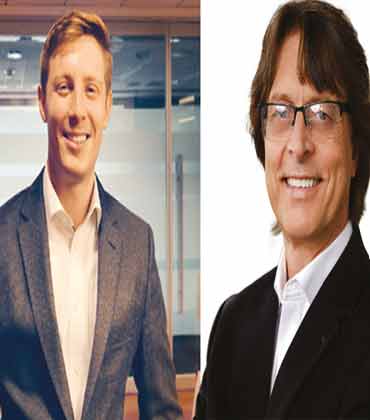 We all remember the epic plot of Christopher Nolan’s 2014 science fiction movie, Interstellar. The movie shows that planet Earth is no longer habitable and humanity is facing extinction. Earth’s future has been riddled with disasters, famines, and droughts. Farmlands have lost their fertility, while the rest of the planet is bombarded by intermittent sandstorms, making agriculture an arduous task to accomplish. The only way to ensure mankind’s survival is through an Interstellar journey to a distant part of the universe. And to make that happen, a team of explorers travels through a wormhole in space in an attempt to ensure humanity’s survival.

Even though this story is farfetched, the continuous undertone of precautions taken by scientists to keep our planet habitable amid growing agricultural demand is quite real. Populations are growing and need more to eat, yet global farmland is shrinking. Against this challenge, Jakob van Zyl, a former associate director of NASA’s Jet Propulsion Laboratory, co-founded Hydrosat along with three colleagues, including Pieter Fossel, an intuitive business consultant. The company aims to improve precision farming and agricultural productivity on a global scale. “We are a data analytics company that uses spaceborne thermal infrared imagery to create heat maps of agricultural lands,” explains Fossel.

Notably, Hydrosat offers its in-house software to give growers the actionable information they need to achieve better precision farming, creating more produce at a significantly lower cost. As an important side benefit, the Hydrosat system will also substantially reduce water usage.

By studying the data drawn from Hydrosat’s thermal imagery satellites, farmers can better understand the optimum time to water the crop for the best yield. “Studies show that watering a plant based on when it actually needs the water as opposed to a scheduled watering improves the harvest by 20 percent,” notes van Zyl. Growers do not typically use thermal imagery today, as they would have to hire expensive drones to fly over their fields or buy low-resolution data from government agencies weeks after the images were taken, making the data less than useful. Hydrosat aims to bring them the exact information farmers need at the moment they need it.

Our technology can determine the yield of crops months ahead of time, as plant production is highly influenced by stress

Alongside partnerships with agribusiness companies, Hydrosat also works closely with the U.S. Government and the European Space Agency to develop products across the agricultural value chain. By leveraging the predictive capabilities of its software, Hydrosat customers in the food production and distribution business can predict crop yields on a regional or global basis, which will increase the efficiency of supply chains and greatly reduce price fluctuations. Van Zyl explains, “Our technology can determine the yield of crops months ahead of time, as plant production is highly influenced by stress.” The heat maps that Hydrosat produces will let the company know precisely how much stress crops in a
field are undergoing, which directly affects the quantity and quality of yield. They will then pass this information on to customers, who can make informed business decisions based on facts on the ground.

Moving forward, Hydrosat intends to continue its research and development on its proprietary algorithms while gearing up for its first satellite launch in 2021. Among other things, the company is investing efforts in building software tools to manage high-value crops like pecans and almonds—these crops require heavy irrigation, so precise data could significantly reduce water usage and costs to growers.

Once Hydrosat’s data are commercially available, farmers can maximize their yield and agribusiness will be more efficient. “As Hydrosat makes previously unobtainable satellite data available for users, it will revolutionize the future of agriculture,” concludes Fossel. 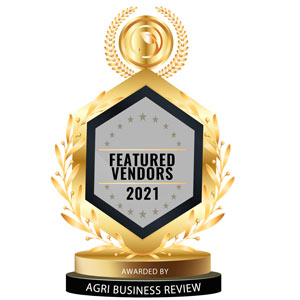