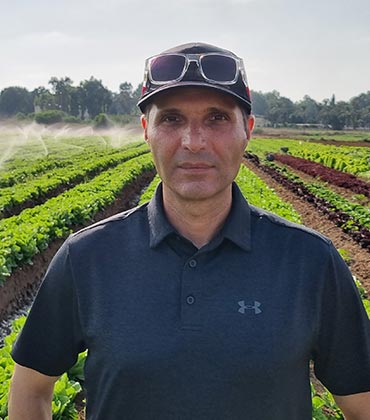 A new paradigm shift is taking root in the agricultural sector of Monterey County, California. The once predominant manual and aircraft-based agricultural spraying methods are making way for more effective, drone-based, autonomous spraying.

Until now, growers needed to do manual spraying, but this method took a lot of time and management attention. For commodity crops, fixed-speed aircraft was a go-to for growers, owing to their ability to cover larger areas faster. But aircraft flying back and forth 10 feet above the ground leads to significant fuel and chemical waste. Growers wanted a spraying approach that would combine the speed of aircraft-based spraying and the accuracy and low-cost of manual spraying.

The company’s drone fleet facilitates broadcast or spot-spraying based on grower requirements. This approach reduces labor, operational and service costs, while boosting operational productivity and safety.

The company focuses on plantations with high-value vegetables, leafy greens, and strawberries, which have relatively short lifecycles between seed and harvest, and require spray delivery on a weekly basis. The drone-based spraying is also optimal for low-canopy crops like broccoli, lettuce, and artichoke grown in medium-size fields.

LahakX’s patent-pending, proprietary swarming and spot-spraying algorithms make the drones even more effective. LahakX’s space coverage algorithms are a step up from the conventional space coverage algorithms used for surveying operations. They are meticulously trained to consider ground-level obstacles in the fields, including trees, electrical wires, and poles.
As a result, the company’s robotic drones can easily avoid collisions, while efficiently covering the space around the obstacles. The algorithms also enable pre-flight planning for the drones, automated piloting, and post-flight analysis of the terrain and crops, which can help the growers to analyze the data and optimize subsequent spraying operations.

The drone fleets are deployed as swarms to facilitate uniform or spot-spraying. Each drone is programmed with independent speed, flight time, and performance parameters to work in swarms of varied numbers based on field sizes. A single operator can control an entire swarm of drones to cover large spaces quickly and seamlessly. This swarming action facilitates the same spraying capability as tractor or helicopter, but at significantly greater accuracy, lower cost, and lesser effort.

The drone fleets are deployed as swarms to facilitate uniform or spot-spraying. Each drone is programmed with independent speed, flight time, and performance parameters to work in swarms of varied numbers based on field sizes

LahakX’s autonomous drone fleets also showcase the company’s other prominent innovation; spot spraying functionality that cannot be done in traditional manual operations. Spot spraying functionality allows the drones to be configured in such a way that they can spray variable amounts of chemicals and pesticides on different zones of the field based on the pest population and crop condition. The drones travel to multiple hotspots in the field and spray the specified amount of chemicals. This eliminates spray waste, lessens damage to soil, and reduces chemical costs. The benefits of spot spraying extend to the consumers with chemical use kept to a bare minimum and lower prices.

Growers, applicators, and retailers can use the technology as a service. Whatever deployment approach is used, LahakX ensures that the drone fleets are optimized to address the grower’s most significant pain points.

Crossing the Regulatory Boundaries and Ushering in a New Spraying Benchmark

Extensive regulations around unmanned aerial vehicles (UAVs) are often a major roadblock to drone utilization, making it difficult for growers to use spraying drones for agricultural purposes. LahakX, owing to its trust and collaboration with regulatory agencies, has been able to cross this barrier and bring the benefits of autonomous drones to growers. The company has been granted approval from the local, state, and federal regulatory agencies to utilize its solutions for agricultural applications.

LahakX is currently designing drones with greater payload, which will expand their applicability for golf course spraying, forestry, and mosquito abatement. The company will also target commodity crops, and almonds, walnuts, and citrus.

By leveraging its digital agronomy-based solution to locate specific problems in the field and address them with precision, LahakX is committed to taking smart agriculture a step forward. 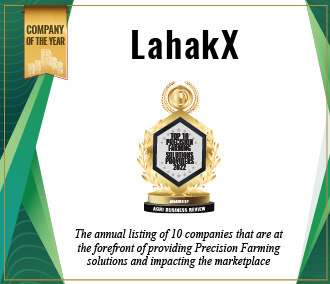